Parrots new drone clears up fold on the go

French drone company Parrot announced the newest device in its lineup today: the Anafi. It’s a compact, foldable device that weighs 320 grams, or 0.7 pounds. It’s a notable change from the company’s last flagship drone, the Bebop 2, which didn’t fold and weighed 500 grams. Parrot says it’s made a multitude of improvements in the two years since the Bebop 2’s launch, including a better connection system and upgraded camera.

The Anafi features a 21-megapixel camera on a 180-degree tilt gimbal. It records in 4K HDR at 30 fps or 1080p HDR at 60 fps. Parrot says the cameras can zoom up to three times, but only up to two times while still supporting Full HD quality shots. Within the company’s new app, photographers can choose between taking a 21- or 12-megapixel photo and can adjust their video modes. The Anafi supports hyper-lapse, which will speed footage up to 240 times; slo-mo; and a high frame rate where users can choose to film up to 60 fps. The camera both mechanically and digitally stabilizes image capture.

Like other drones on the market, the Anafi can now follow users around and take their photo using body recognition technology. We’ve always got to have our drone selfies.

The drone should be able to last for 25 minutes on a single charge, although the battery can be swapped out. An extra battery costs $99. The battery charges over USB-C and is compatible with fast charging. Still, it’ll take an hour and a half to reach full capacity. The smart battery should detect when it’s running low on juice and warn its users how much life it needs to get back home, which will be useful if it can maintain its connection. While flying, it’ll reach up to 32mph in its sport mode and is wind resistant up to 33mph. All the controls and features are accessed through the drone’s new app: FreeFlight 6.

Android or iOS phones fit into the drone’s controller, with the phone having to be physically connected through a USB-A cable. Parrot says this is for lossless, constant video streaming. It seems like it could be annoying. Users can either use the digital controls on their phone while flying or the physical joysticks; they’ll also land the device through the phone.

The Anafi is supposedly 35 percent quieter than its predecessor, which seems believable to me. I tried the drone out in a small conference room, and the sound didn’t immediately annoy my ears. It definitely still has that drone sound, however, and people in the office could hear it through glass panes.

Now, the biggest thing Parrot needed to address was its connectivity improvements. The Bebop 2 struggled to maintain its phone connection and often lost the signal. Parrot says it’s since added antennas to each foot of the drone (four total) and to the controller to maintain its Wi-Fi pairing. It should be able to handle a range of up to 2.4 miles. I haven’t had a chance to put the drone to the test just yet, but Parrot tells me this connection system is also “smart,” meaning it’ll adapt the operating frequency depending on how congested the air is with other signals. It can switch between 2.4GHz, 5Ghz, and 10Mhz bandwidth automatically.

Parrot says the drone will cost $699.99 and will be available July 1st.

The company’s main competition (and all other drone companies’, too) is DJI, which also makes a foldable drone. Its $799 Mavic Air also records in 4K and has a 2.5-mile range. The most obvious differentiator between the two drones is that the Air features obstacle avoidance while the Anafi does not. 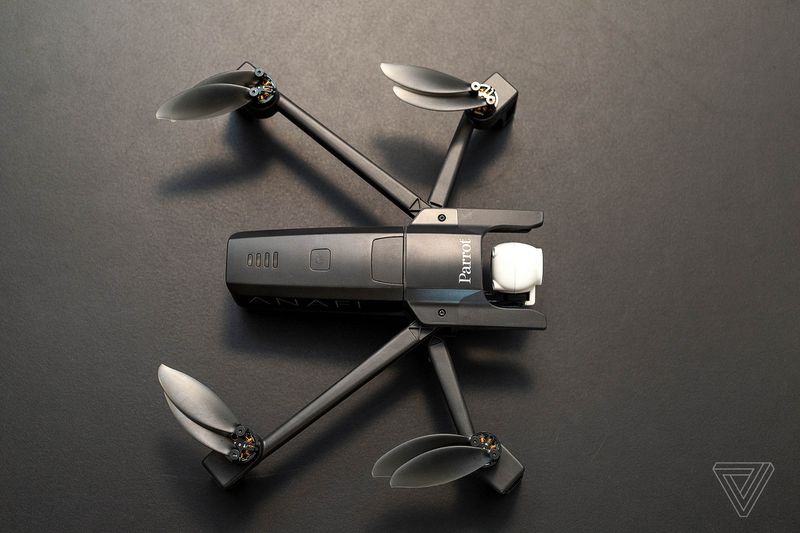 Amazon Echo Look is now available to everyone in the US

Now Jared Leto’s Joker also has his own...

McLaren Speedtail Hyper-GT is the modern reincarnation of...

Windows 10 not to try reboot IT

Windows Movie Maker is back: How to use...