A new feature appears to be on its way to Google Maps very soon. Android Police reports about a tip that Google is testing a floating categories bar. At this point, it’s a very early sighting of this particular feature which lets you search for places in your area by a category like gas, cafes, restaurants, and so on.

The Layers button moves to the left and the categories appear right next to it. You can tap and scroll right to reveal more categories. Although you can get to these categories by going into the “Explore” tab at the bottom of Google Maps, the new feature is merely a quicker way to access the same search as before, so the actual function of the bar isn’t novel. 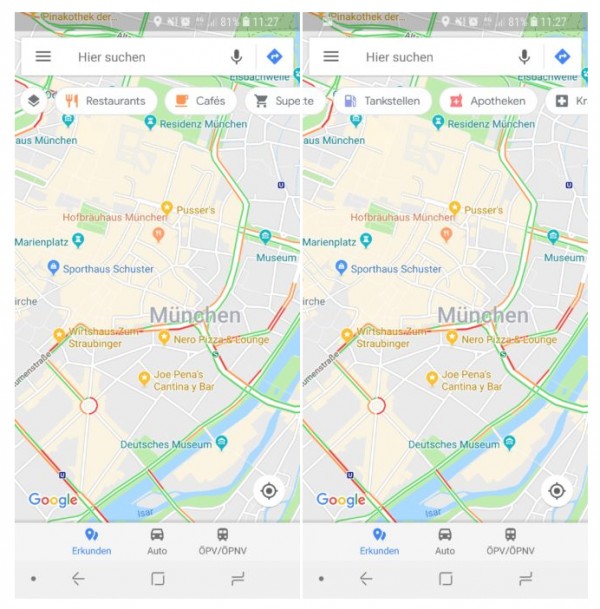 As per Android Police, the sighting of the feature appears to be part of a very limited test. The actual floating bar in its current state acts buggy and doesn’t appear every single time. The category bubbles appeared to one of Android Police’s readers on the latest version of Google Maps Beta. We are unable to replicate it, though.

This must be coming as part of the new Explore tab redesign that was announced at Google I/O. Other features include a restaurant match tool, AR walking directions, a “For You” tab, and a way to share Google Map locations with a group of friends.

Twitter’s tougher stance on clients is hurting its...

This USB-C iPhone rumor is too much

Microsoft announces that Sony has the Fortnite PS4...

To build a blockchain-powered smartphone HTC is planning